First time to fly Ryanair – The flight was delayed a bit so we didn’t get to hear their jingle – Taxi booked online (20€) prior to departure – When we arrived there was an incident with an unattended bag in the parking lot but everything turned out to be OK – After checking in at the hotel, we went out for a walk to locate 0-24 hour shops nearby and walked in Vaci utca and by the Danube. 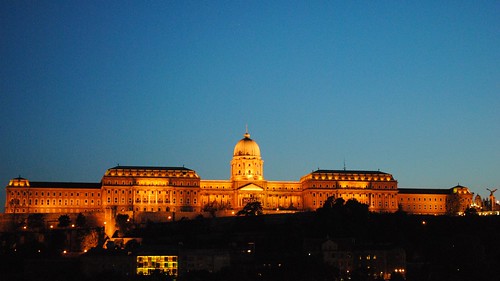 Breakfast at Cafe Gerbaud – Got the 72 hours transportation tickets (3850 Fiorints Per Person – FPP) for the metro, tram and buses – Started the walk: Vienna gate => Fisherman’s bastion => Royal palace => Tram to Gellert hill => Citadella => Liberty bridge => Small stop at the market => Raday utca for lunch and then Cafe Central for desert – In the evening we went for the standard walk on Vaci, Danube and Chain bridge – Later visited the Fashion street where they sell stove cakes (kurtoskalacs) and bread langos. As for the stove cakes, I liked the one with cinnamon more than the one with cocoa. 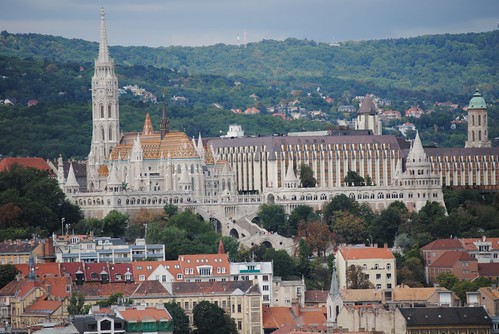 These kurtoskalacs make for a great breakfast – Today’s tour started from Szent István Bazilika – Took the lift up to the Dome for panoramic view of the city – Then to Szabadság tér , a plaza with a pressure aware fountain and the Parliament – This was our first attempt to enter (tours sold out early since it was Sunday) – Margaret Island – Walk to the end and took the bus back – Great Synagogue (largest in Europe, second largest in the world but largest in capacity) – English tour included in the ticket – “For sale” for goulash soup – Again the standard walk in Vaci, Danube and the Chain bridge. 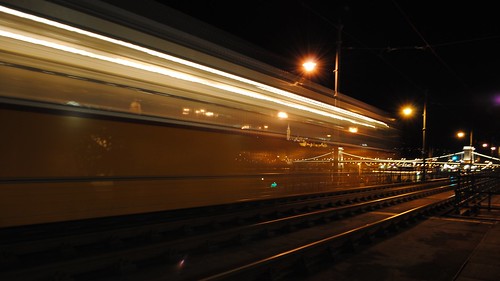 Woke up early – wait in the line to enter the Parliament (see my tip on 4sq and why you must book online first) – then off to market – tried fried langos – the upper level of the market was pretty packed and seemed to me more of a touristy place than a traditional Hungarian spot – visited the renowned New York cafe. 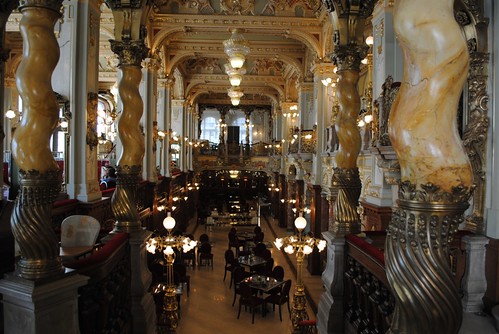 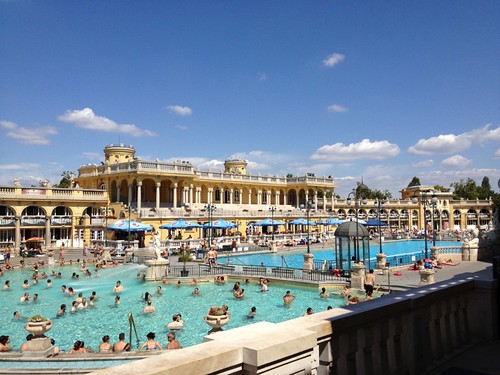 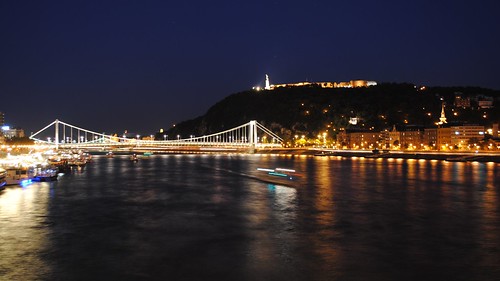 Even though there are not very famous museums to visit or monuments that stand out, I think Budapest’s beauty is in its location: the river, the banks and the bridges. We went to the terror museum since we found it to be different from others we visited in the past. The museum actually turned out to be quite atmospheric. Also a must do in Budapest is to visit one of the baths.

Prices are reversely proportional to the distance from Vaci utca from supermarkets prices to eating and change shops. For example prices in Raday utca, a nice street full of places to eat and drink, are much lower than in Vaci and of the same, if not better quality.

Tip for the supermarkets: Blue cap for sparkling and pink cap for non sparkling water.

A tip between 12-15% is included in the bill in around half the places we ate. In the others you can calculated it.

There were no big metro signs in the metro entrances, so you had to look for them. Also there are ticket inspectors at every metro we visited. I guess they had a big problem with missing revenue from free-riders and they resolved to this measure.

Budapest had enough tourists from all over the world, but not as many as I show for example in Barcelona last year.

I compiled a list of places I visited and some interesting tips in the foursquare Budapest trip list.

Also a small collection of photos can be found in the Budapest 2012 flickr set.

View Budapest in a larger map