Calculating the fractal dimension of the Greek coastline (1.25)

Inspired by the Introduction to Complexity course and the unit on Factals, I though it would be fun to make a rough calculation of the fractal dimension of the Greek coastline using the box counting method.

For a map of Greece, I used the one from Ginko maps licensed under the Creative Commons Attribution 3.0. Via an image editor, I removed the frame with the infobox and geolocation axes, plus the borders not residing by the sea to facilitate further image processing. The retouched image was cropped to 1600×1600 pixels. Both images are shown below. 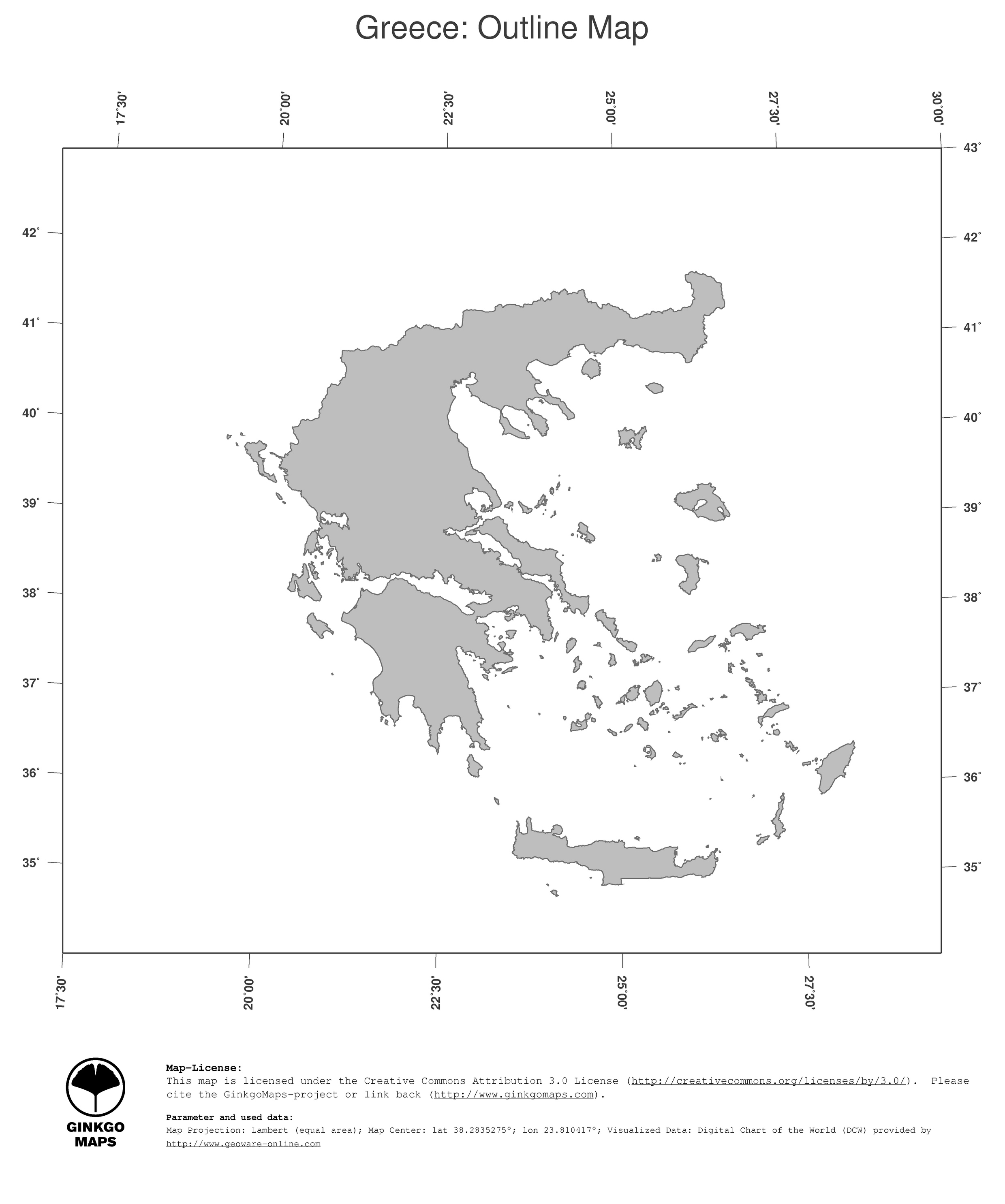 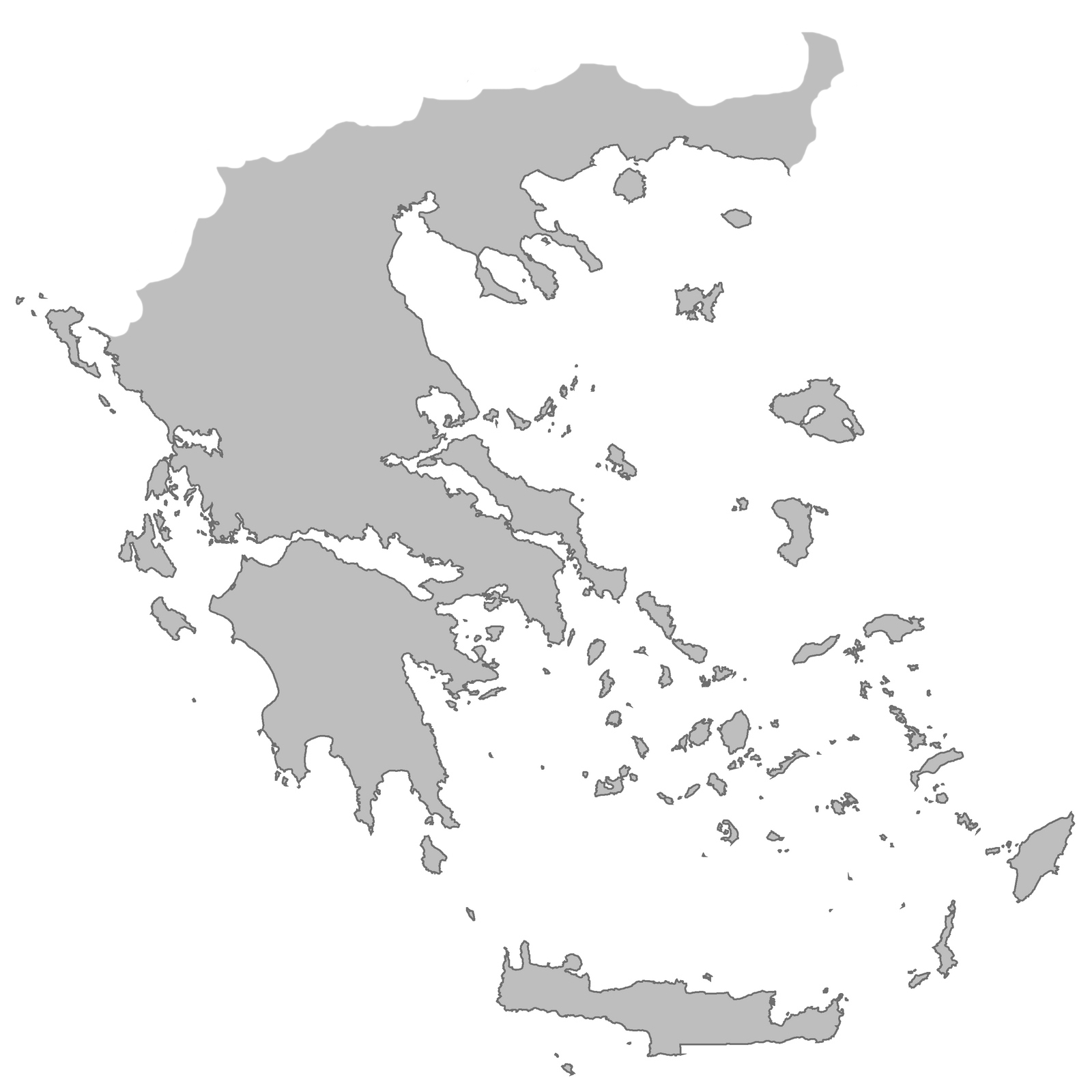 The R script below implements the box counting method on the coastline jpeg picture (make all values > 0.5 white) using boxes with sides that are divisors of 1600. 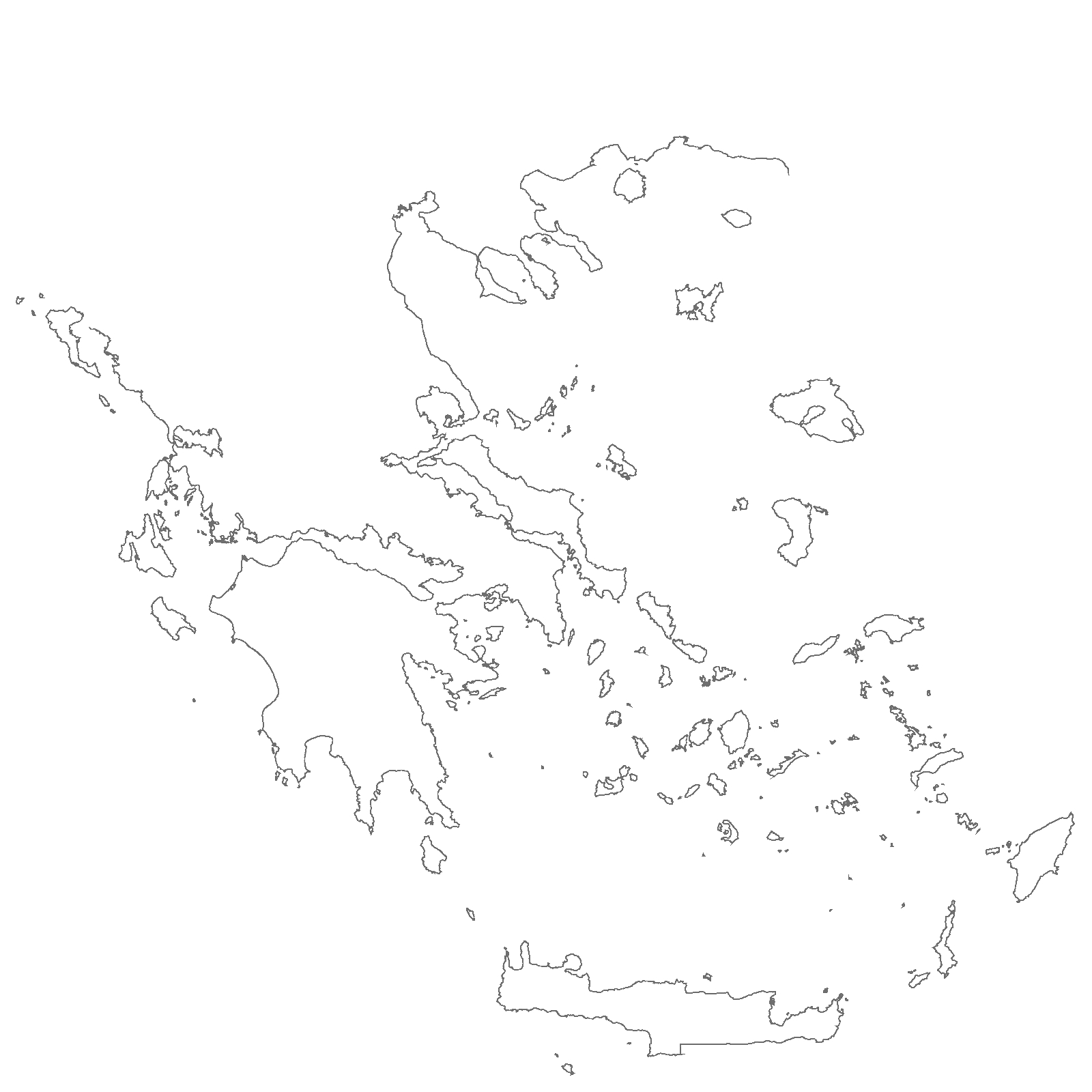 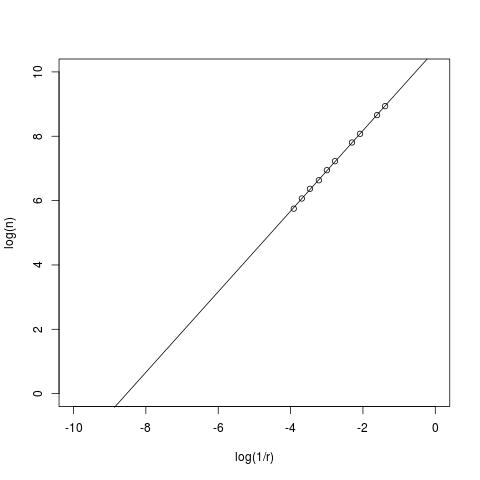 With this rough approximation, the calculation yielded that the fractal dimension of the Greek coastline is 1.25. Great Britain’s was measured to be 1.25 and Norway’s 1.52 [source].